This week Boyd’s Coffee announced it was leaving Portland, having been acquired by Texas-based Farmers Brothers.  Normally I wouldn’t think too much of the news, well aware of the coffee competition haunting our streets. But I perked up as I learned that Boyd’s Coffee was founded here – in Portland – in 1900. While I have no idea how much Boyd’s coffee I’ve actually imbibed – I bet it was this brand I poured during the 1970s as a teenaged waitress at SW Park Avenue’s Kopper Kitchen and Old Town’s Dan & Louis Oyster Bar. Mom claims it was once Dad’s favorite.

Prior to Boyd’s entering the scene of Portland hot drinks, a man named J.F. Johns began a coffee and spice business as early as the 1860s, later followed by the Closset & Devers coffee roasting plant, according to 1859 Oregon Magazine. But it was Boyd’s that become one of the oldest family-owned coffee companies in the world, with Percival Dewey – better known as P.D. –  Boyd morphing his tea company into a coffee enterprise at the turn of the century, complete with wagon-delivered coffee throughout the Pacific Northwest.

What started this man on his bean journey? According to Boyd Coffee Company, P.D. Boyd was born in New Zealand in 1879, the son of a Scottish missionary. He immigrated with his famiy to the U.S. when he was three, working at grocery and sales jobs until beginning the Boyd Importing Tea company in downtown Portland. He made door-to-door tea and coffee deliveries by horse and a red wagon which he purchased for five dollars. Trucks replaced horses around 1910 and within ten years he stopped delivering to homes. It was later in 1946 with his son Rudy’s ownership that the company became known as Boyd Coffee Company.

Up until that time, between the 1860s and 1870s, according to Heather Arndt Anderson in Portland: A Food Biography, Portland boasted a number of breweries, mostly German owned – in addition to Portland’s brewing giant: Weinhardt’s, a mega-beer industry that eventually grew into a 5 block compound. I clearly remember, back as a teen and before I discovered a taste for beer or hops, the disgusting smell wafted through my breathing zone as I walked through southwest Portland to my favorite spot, the Multnomah County Central Library. But way back in the late 1800s, even some saloons made efforts to provide refreshments for women (women would not have drunken beer!), including oysters, ice cream…and, coffee.

Returning to our world of today, Starbuck’s domination has forced out so many of our local haunts – yet still leaving us with coffee shops on most blocks. One source cites us as at one point having 2,572 coffee shops in the Portland metro area, luckily including many locally-based and owned, from Stumptown to West Linn’s Lark and Willamette Coffee shops, and even better – a newer one mixing books and coffee, Oregon City’s Black Ink, just a short walk across the Arch Bridge from West Linn.

Remember Michael J. Fox in the Back to the Future movies? He is stunned as he time-travels back to the 1950s, and in a sequel, jolted into the future. I often ponder what our descendants might think, traveling into the future, entering our world of today. And while I contemplate this briefly in My Music Man, considering what steamboat engineer Sam Gill might think of today’s South Waterfront, let’s imagine, instead: time traveling to the future….for a cup of coffee.  In fact, let’s imagine J.K. Gill – a rather serious, not particularly fun-loving guy, or so I gather from family stories. He passed away at 91 years in 1931, before my dad reached his first birthday.  Let’s say he was heading from the J.K. Gill Store at SW 3rd and Alder (the original Portland store location until 1893) to meet with Henry Pittock at the turn of the century: and a flash of lightning blasts him forward 130 years. Perhaps the two men were going to talk about the new paper company venture Pittock had in mind for La Camas (Camas WA). And he just had an itch for a cup of coffee. Actually, with J.K.’s English roots, it might have been tea. And while seeking a cafe, he’d find mostly coffee shops, and enter Stumptown Coffee: incredulous as he looks around at the strangely dressed people typing on shiny, odd, tiny devices, with plugs sticking out their ears, all drinking out of strange looking vessels. Stunned, he gets in line and can’t help but stare at what appears to be a woman with bare hands and no dress. The person ahead of him orders a triple vente extra hot caramel latte with foam enhanced supergiro blend no whip….or some such nonsense. Another person waiting at the counter talks into a strange device they hold to their ear. J.K. issues a heavy and loud “harrumph” and flees the building, muttering under his breath, “what has this world come to?”

And to my dear great-great-grandfather, I might reply: good question! 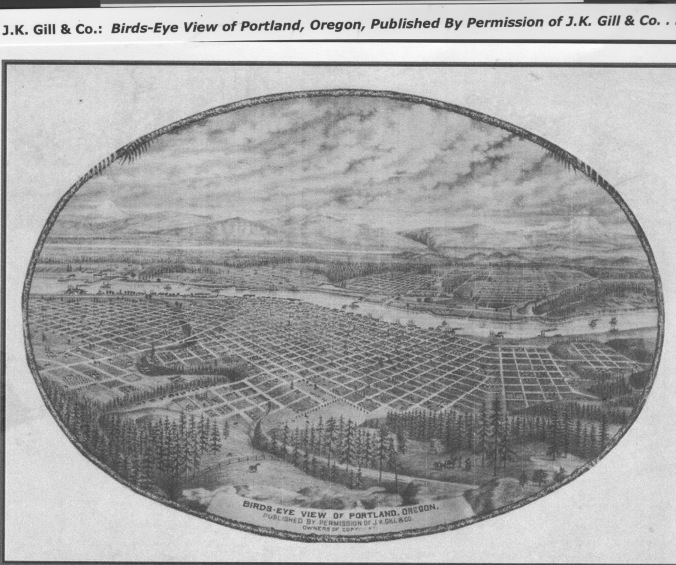 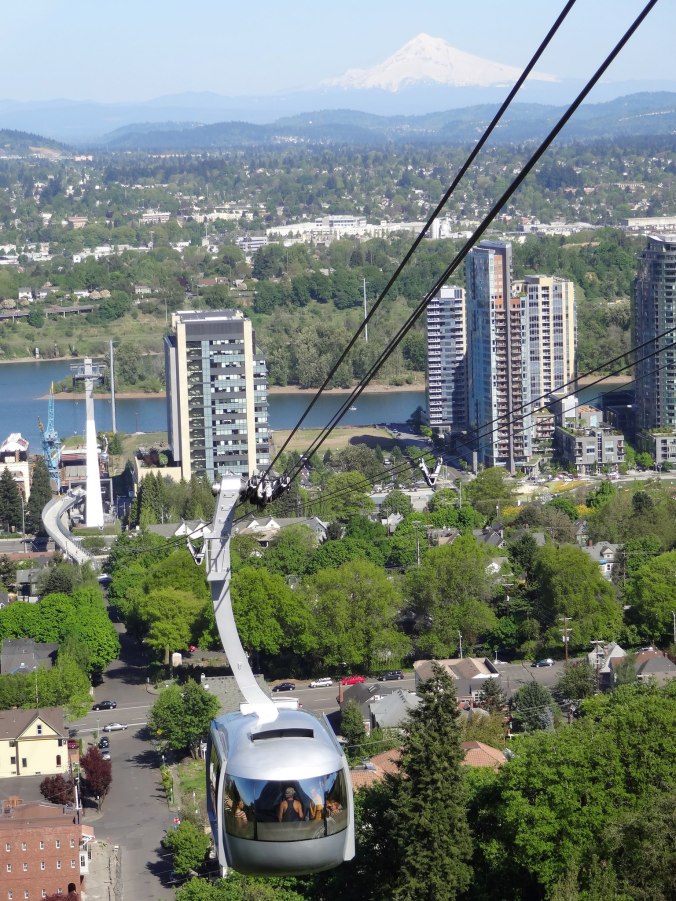 4 thoughts on “Portland’s Coffee Habit: From Boyd’s to Stumptown”