“BUT OF ALL boats, Dad most loved steamboats. They ruled the stories he shared: carrying goods and passengers up and down the Columbia and the Willamette. Oh, to have been a passenger on the early steamboats puffing along the two-thousand-mile long Columbia River! Our Columbia: the river that introduced William and Chloe to the Oregon Territory; the second longest river in the United States. The river our Willamette feeds. The Columbia: of rapids, reefs, bars, and strong currents.”
From Boats, Carp and Steamers
My Music Man                       C

To read this passage from my memoir aboard the cruising Portland Steamer, Oregon’s Maritime Museum, was something I imagined doing from the moment I published my book. It mattered less to me how many might listen but rather that those who did love our rivers and appreciate the stories. I couldn’t have asked for more, other than to have Dad aboard with me, reciting into my ear the stories he spent his lifetime collecting. I still have so, so many to learn.

I thank the hard-working Oregon Maritime Museum board members, volunteers and supporters. Oh – and my new hero, Rory Dunnaback of Nerds To Go. Face it, for presenters – even if somewhat technologically capable – we are rarely as thankful to an individual than the tech guru/expert who makes AV work when, darn it, it did before! And Rory got bonus points from me as he demonstrated how to put on a PFD during the safety briefly.

But back to this grand old steamer. Dad was right…there is really nothing else quite like it. And if you have no idea what I’m talking about – stop by the Oregon Maritime Museum Steamer Portland during open hours where it is moored near Tom McCall Park or sign up for its September 15, 2018 cruise, there is still room. You won’t be disappointed. 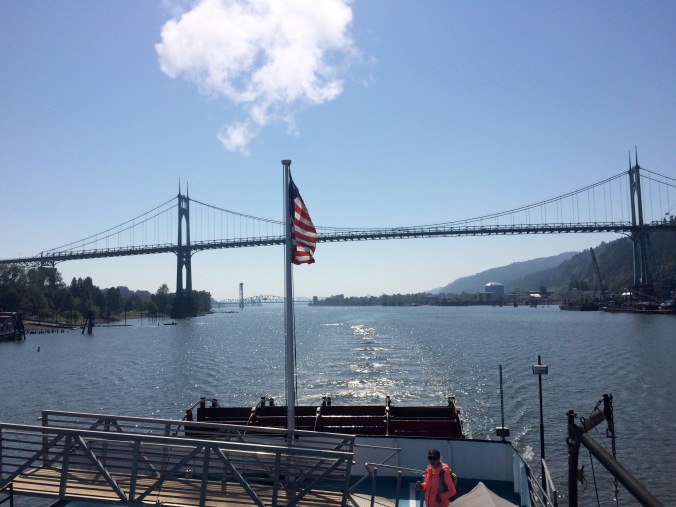 The Steamer passes under St. John’s Bridge crossing the Willamette. 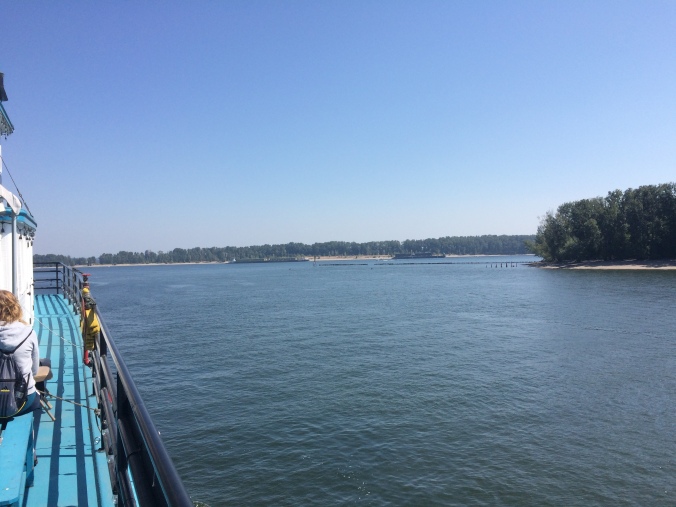 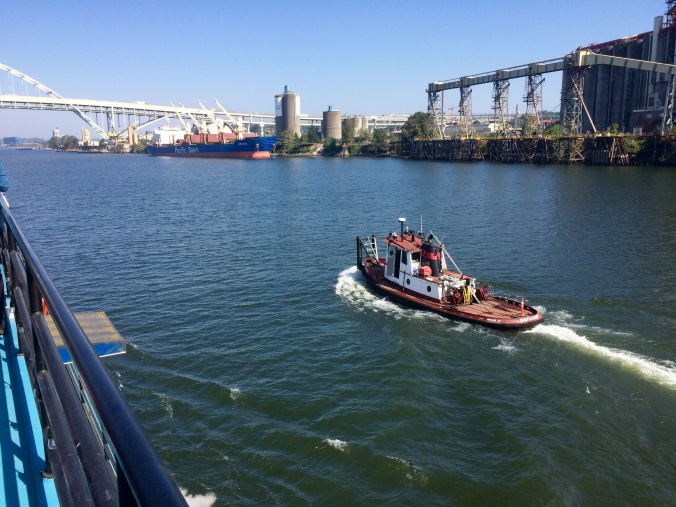 The Dispatcher Tug accompanies us on our journey. 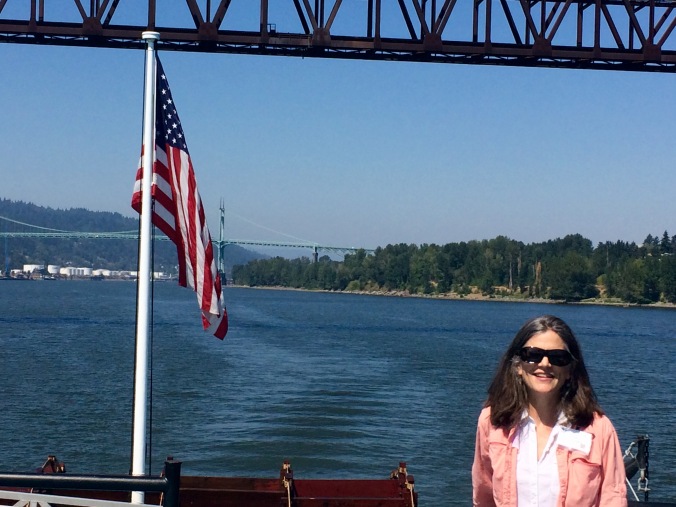 Hi Dad. I love you…you wouldn’t have needed notecards to give this tour:) 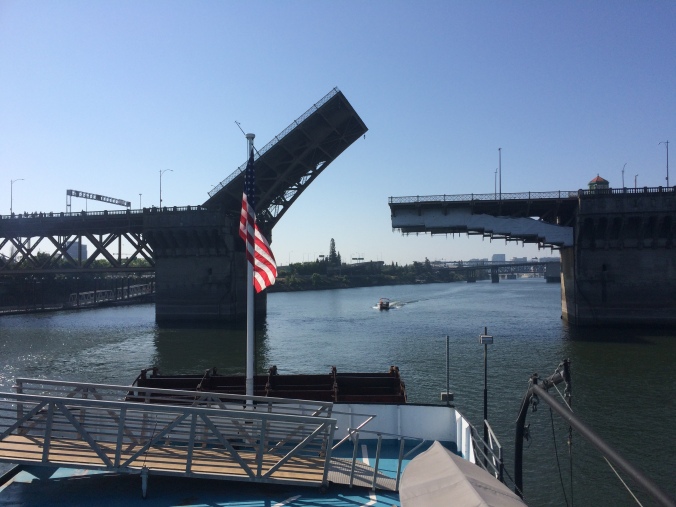 Watch the short video clip as the steamer goes under the Steel Bridge.

If you can’t wait to visit….check out the video below from 2013 as Dad narrates (coming in at one minute) the tour from Portland to St. Helens.

5 thoughts on “The Portland Steamer keeps on puffing”

My Tweets
Join 730 other followers